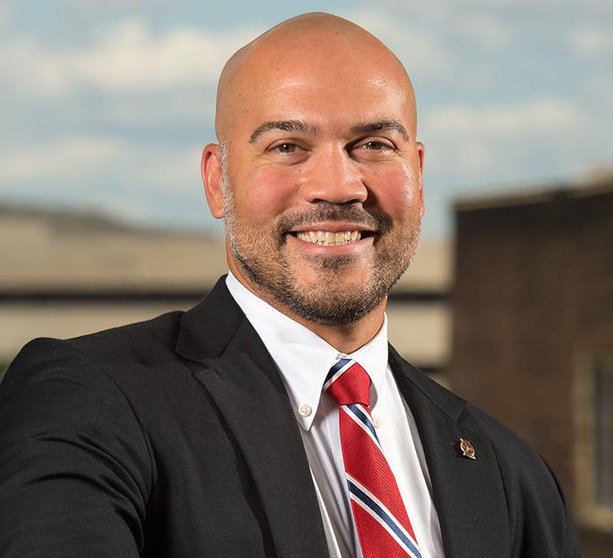 Providing opportunities to change and advance the professions, lives and well-being of others has been the mantra of Bernard Rousseau’s life and career.

Growing up as a light-skinned Haitian-American, Rousseau witnessed his older brother teased and spoken to rudely due to his darker skin tone, which planted the seeds to advocate for equal treatment and care for all people.

“I am proud of my Haitian ancestry and proud of my parents,” he says. “I am grateful to my family for their struggle – to create opportunities for us that they will never have themselves.”

Rousseau ’98 ’00MA decided to pursue his bachelor and master’s degree in communication sciences and disorders at the University of Central Florida, in order to improve lives through the healthcare field. He was attracted by the university’s slogan — UCF Stands for Opportunity.

During his time as an undergraduate, Rousseau met the late Kenyatta Rivers, a communication sciences and disorders faculty member who passed away in 2020. Rousseau says that meeting Rivers was a “turning point in my academic career.”

“‘You have all the gifts to really make an impact in the field.’ Those were the words Dr. Rivers spoke to me,” Rousseau said. “As an undergraduate, he encouraged me to extend my possibilities. To consider going beyond my initial dreams of earning a master’s degree to help people and to pursue a Ph.D. He literally opened up doors of possibilities for me.”

Rivers took Rousseau under his wing. He helped Rousseau secure a job with Student Health Services, which gave Rousseau more flexibility in his schedule to study for school and prepare for graduate school. He also alerted Rousseau to different scholarships that he qualified for to pay for his final year of school and graduate school. Once accepted in the master’s program at UCF, Rousseau volunteered in research labs and completed his master’s thesis, all at the encouragement of Rivers.

“UCF gave me the foundation I needed. The faculty that I learned from, the experiences I had in the clinics, all those things are what provided the building blocks that eventually created the foundation that I built my career upon,” he said.

Following his graduation from UCF, Rousseau continued his education, earning his Ph.D at the University of Wisconsin in 2004, one of the premier programs in the country, and a second master’s degree in Management in Health Care from Vanderbilt University in 2016.

Recently leaving a successful professorship at Vanderbilt University, Rousseau is now a tenured professor and chair of the Department of Communication Sciences and Disorders at the University of Pittsburgh. He has also been appointed as the associate dean for equity, inclusion and community engagement for the School of Health and Rehabilitation Sciences, which has seven departments and 30 programs.

A long-time teacher and researcher, Rousseau has been teaching at the college level for more than 16 years and has helped to advance the field of communication sciences and disorders with more than 60 published research papers focused on optimal vocal function and performance.

Over the course of his professional career, Rousseau has put action behind his passion to improve the lives and well-being of his community, as well as advocate for inclusivity.

In his current role, he oversees the SHRS Office of Equity, Inclusion and Community Engagement, which includes the school’s Wellness Pavilion, a student-led, faculty-supervised health and wellness initiative in the Homewood community of Pittsburgh, and the ‘SHRS Champions’ program, a student-led volunteer initiative open to all SHRS students.

His efforts to advance the SLP profession extend way beyond his students and his school. Rousseau serves on the American Speech-Language-Hearing Foundation Board of Trustees, alongside recent appointee Gregory Lof, interim director for the School of Communication Sciences and Disorders at UCF, where he assists the Foundation in supporting new innovations in communication sciences. He has also remained connected with Linda Rosa-Lugo, an associate professor in the School of Communication Sciences and Disorders, through ASHA initiatives.

Rousseau says serving on the foundation is an honor and a way to give back to an organization that made an impact on his success. He is also grateful for the opportunities UCF provided him.

“Thank you for taking a chance on a student like me. I wouldn’t have experienced the success that I did, had it not been for the faculty and staff in the CSD program at UCF,” he says.

Rousseau currently resides in Pennsylvania with his wife, Alicia Cobb Rousseau’01, who also earned her master’s degree in communication sciences and disorders from UCF, and their two kids. 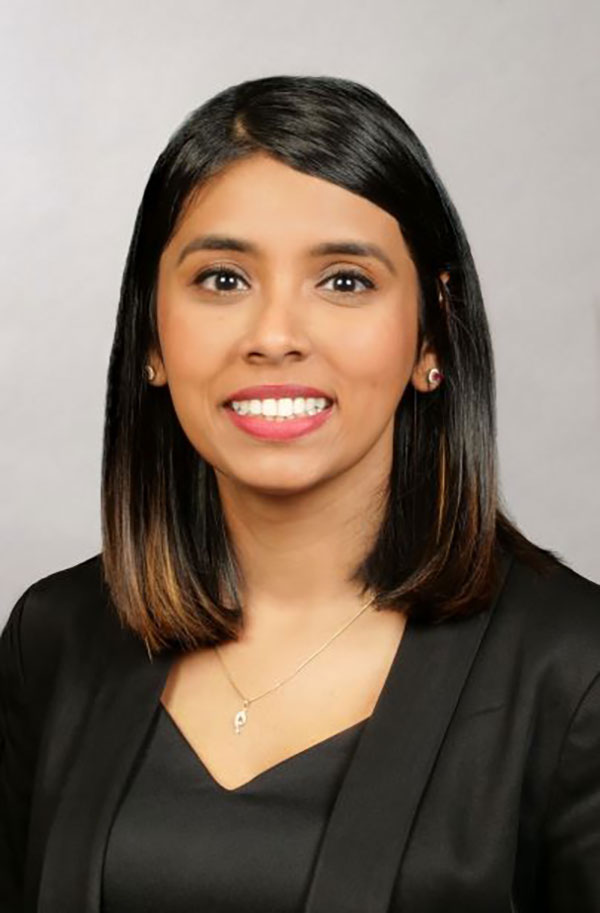