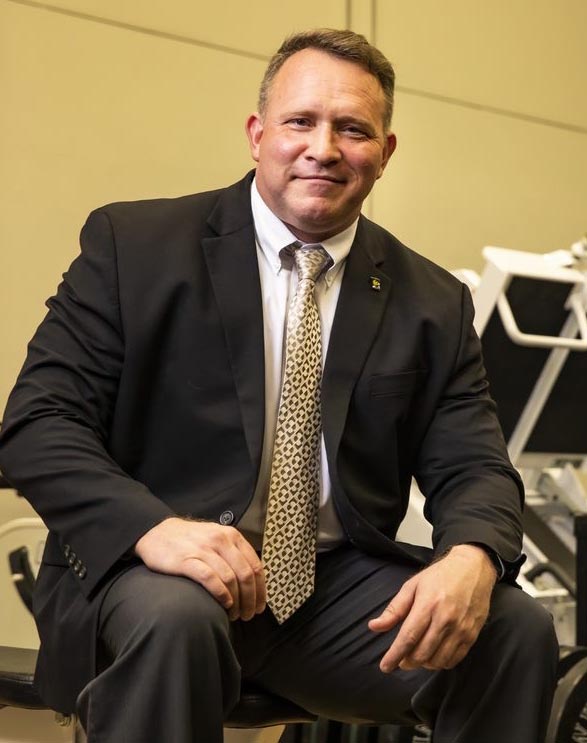 Jeffrey R. Stout, Ph.D., is a professor and founding director for the School of Kinesiology and Physical Therapy in the College of Health Professions and Sciences. He is recognized as a national and international scholar in the field of kinesiology.

Before his current role, he served as the interim dean for the College of Health Professions and Sciences (2018-2019) and chair for the Department of Educational and Human Sciences (2017-2018). Stout earned his master’s and doctoral degrees in exercise physiology from the University of Nebraska and has more than 25 years of university teaching experience.

When Stout began his career, he was committed to increasing opportunities for under-represented students and faculty in the field. As a first-generation scholar, diversity, equity, and inclusion remain special areas of focus for him.

Stout is one of the world’s leading researchers on the topic of creatine and other supplements and nutritional interventions for performance enhancement. Throughout his career, he has co-authored more than 300 peer-reviewed publications, 300 national and international presentations, eight books and 12 book chapters focusing on nutrition, exercise performance and body composition in youth and older populations.

He has also been instrumental in establishing the Institute of Exercise Physiology and Rehabilitation Science, which involves researchers from different disciplines who conduct impactful research that translates to health and performance improvement. According to Google Scholar, his work has been cited over 15,530 times in the literature (h-index 61, i10-index 228). In addition to being a prolific researcher, Stout is deeply committed to helping his students grow and succeed. He has served on 28 Ph.D. students’ dissertation as chair or committee member, and he uses his vast network of connections to help his students find the career of their dreams.

Stout has received Fellow status from four different national organizations: the National Academy of Kinesiology, the American College of Sports Medicine, International Society of Sports Nutrition, and the  Strength and Conditioning Association. He also has received multiple national recognition awards, including the “Educator of the Year,” “Nutrition Research Achievement, and “Outstanding Sports Scientist” from the National Strength and Conditioning Association.

Stout holds a black belt in judo and has served as an international level judo coach for Team USA. In 2016, he received the Doc Counsilman Science Award from the United States Olympic Committee for his work with Team USA Judo.