For more than 40 years, Janet Whiteside has helped men, women and children of all ages living with a speech disorder find their voices. She has inspired thousands of students to look beyond a diagnosis and conventional therapies to find personalized solutions for clients of Aphasia House, an innovative, homelike center that she dreamed of when she was a graduate student in 1974, and founded in 2010. As Whiteside winds down her remarkable career at UCF, she reflects on a life well-lived.

According to the National Institutes of Health, the first three years of a child’s life are the most intensive, important period for acquiring speech and language skills. A pediatrician can usually identify any potential issues at a regular office visit.
When Janet Whiteside was 3 years old, doctors told her mother that her language skills were not where they should be. Maybe, they said, it was because Janet’s older sister was doing all the talking for her. Or maybe, it was because Janet was speech-delayed and needed intervention.

In the early 1950s, Whiteside said, the science of speech language pathology was in its infancy, and therapists were not in ready supply in her Illinois farming community. But her mother found services at a nearby university until she was able to start first grade.

Then, “I had to be pulled out of class every week,” Whiteside said, somewhat ruefully. She spent six years in speech therapy. Sixty years later, the memory of the experience still rankles.

In college, while studying to become a teacher, Whiteside observed a particularly gifted speech-language pathologist – “Miss Modine” – working with a student, “It flipped me 180 degrees,” Whiteside said. She knew, instantly, that she wanted to change lives through the power of speech.

“I think you have to have a deep faith to do what I do,” Whiteside reflected. “Out of adversity, very positive things can happen. There is always hope that life is going to be good.”

As part of her graduate school curriculum at Vanderbilt University, Whiteside worked at the Mama Lere Hearing School, helping children with residual hearing maximize their speech. Whiteside realized that when speech therapy is delivered within a home-like environment, it infuses happiness and hopefulness that life can be lived to its fullest.

When Whiteside was working with stroke clients at the nearby veteran’s hospital, she realized the possibility that, perhaps, there was a better way. As the veterans were lined up in the hallway, facing forward, to go in for dinner, Whiteside went from veteran to veteran, “shaking their hands and seeing their faces.” They were so grateful for the brief, heartfelt interaction, Whiteside said. She knew, in that moment, that she wanted to open a homelike center for stroke clients, and she would call it Aphasia House.

It wasn’t until Whiteside landed at UCF in 2001 that she felt the timing was right for Aphasia House. She was one of the first full-time employees for the UCF Communication Disorders Clinic. In 2008, when she was clinic director, Michael Frumkin came in as the dean for the College of Health and Public Affairs.
He posed a question: “What are your dreams for your department?” and then asked her to pick the one most important to her.

And so, Aphasia House was born in 2010. The clinic is housed in a suite of offices that have a decidedly homelike setting. Large-format photos taken by clients line the walls, and deep, plush sofas are artfully arranged in the “living room.” The “garage” has a work bench as a therapy table, and the “kitchen” has an island, family-style tables, and plentiful snacks.

The atmosphere is lighthearted, but there is serious work that is done at Aphasia House – clients sign up for grueling, six-week sessions tailored specifically to their particular goals. Whiteside supervises her graduate students as they work with their clients.

“This department, our community and our professions have benefited greatly from Janet Whiteside’s work,” said Richard Zraick, chair of the department of communication sciences and disorders. “She is a tireless advocate for patients and their families, and someone who offers the potential for a brighter tomorrow to those who have often lost hope. She is also a humble person who puts her clients’ accomplishments ahead of her own.”

Besides the intensive comprehensive aphasia program, additional therapy services for adults with acquired brain damage are provided at Aphasia House. Jane Hostetler, clinical educator, has been with Whiteside for more than a decade. Additional adjunct instructors, including Linda Tatum-Riley, Michelle Romeo, Hope McLeod, and Angela Ziegler all contribute to the success of Aphasia House by providing supervision for a cadre of services.

Clients find Aphasia House through word-of-mouth, and from Whiteside’s extensive, international network of colleagues. Aphasia House also has a tiered pricing structure, and is a Medicare provider. Not only do Aphasia House clients say they are getting better, but Whiteside has extensive empirical data confirming the effectiveness of the treatment program.

Before beginning therapy, Whiteside and her graduate clinicians talk with the clients and their families to determine what they want to focus on – in other words, their “story.” Not only must the clinicians provide specialized, individualized therapy for each client, but they also need to learn to speak their language, Whiteside said.

“You have to talk about what they want to talk about,” Whiteside said.
One client had a background in law, Whiteside said, and his goal was to discuss his life’s work. The graduate clinician researched some of his cases, learned some legal terminology, and was able to more effectively communicate with him. Other clinicians have learned the secrets of beer-brewing and macroeconomics to keep up with their clients.

At the end of each therapy session, Whiteside hosts a “graduation ceremony” with clients and their family members. The message, she said, is that “Life is going to be OK. There will be a time to celebrate again.”

Whiteside is equally philosophical about her retirement. She said she plans on staying connected, but she does not want the new director of Aphasia House to think she’s “looking over their shoulder.” Whiteside will have plenty to keep her busy, including spending time with her new granddaughter. “I built the ground floor,” Whiteside said. I believe that was all I was called to do. 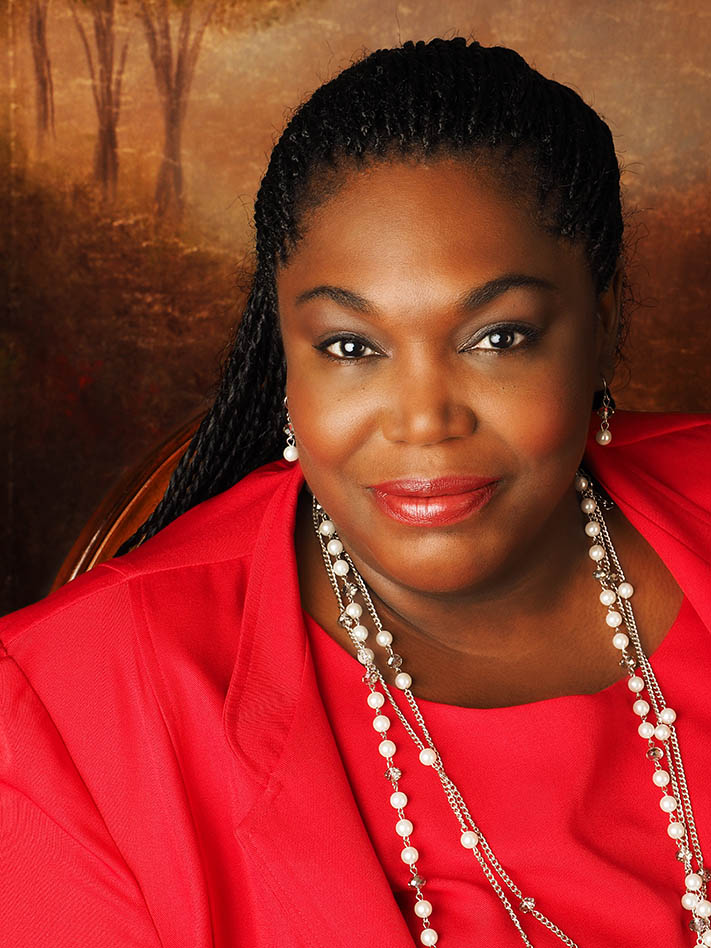 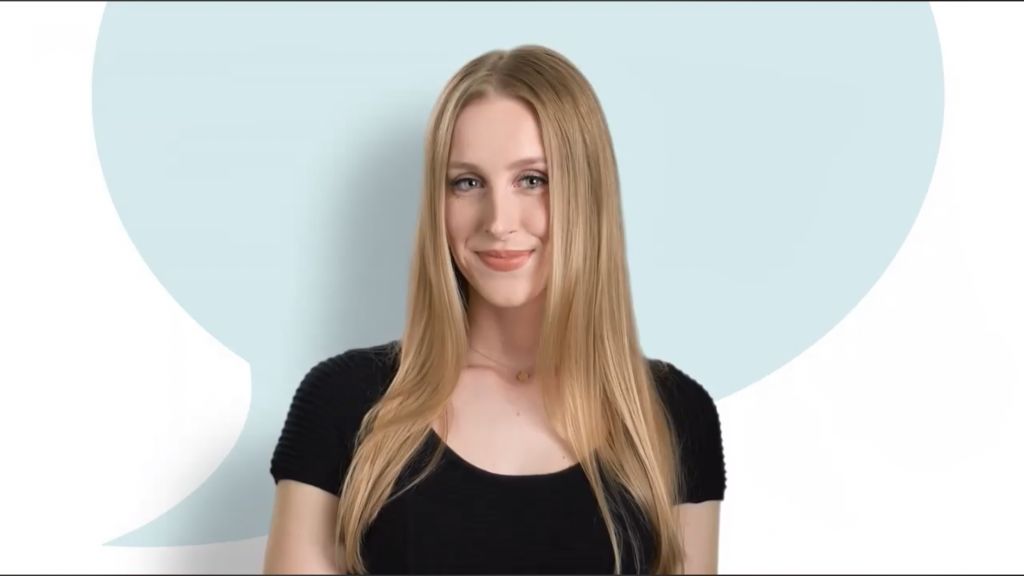 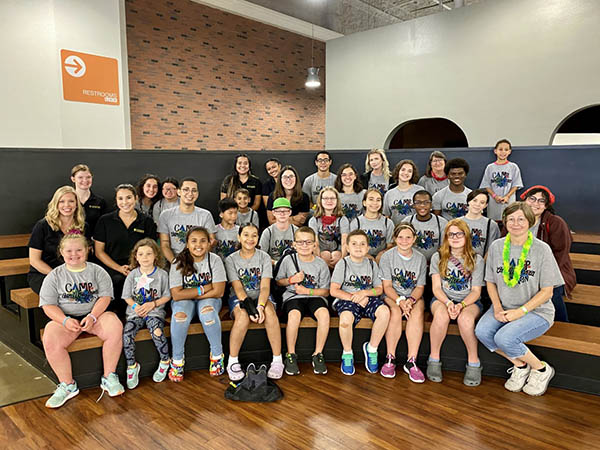