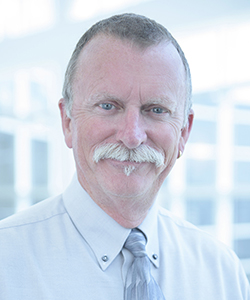 A proud United States Air Force “brat,” Fisher spent the majority of his early years in and around London, England. Upon his father’s retirement, his family moved to Tallahassee, Florida. His varied interests kept him busy with things like playing in a rock band, being a radio DJ, working in theatre management, and helping others as an EMT/paramedic. He attended Florida State University and played soccer there for two years. He then transferred to Technological University/University of Central Florida after moving to Orlando and graduated with a bachelor’s degree in psychology in 1981. Fisher then served in the United States Navy as a Naval Aviator and qualified as both a fixed wing and rotary wing aviator after earning his Gold Wings in 1982. In 1987, he entered private practice in psychology with his father and specialized in psychometrics, biofeedback, and behavioral therapies.

After completing his first master’s degree in counseling psychology & human development and becoming a licensed mental health counselor (LMHC), he expanded his practice in the medical community by working with physiatrists, chiropractors, neurologists, orthopedists, psychiatrists, and physical therapists. Fisher obtained his second master’s degree in 1993 from UCF in exercise physiology and began to reorient his practice to focus on performance enhancement, motivation, sport psychology, and mental skills training. Fisher earned his doctorate degree in curriculum and instruction in exercise sciences from UCF in 2003.

He is currently a senior lecturer for the applied exercise physiology track of the kinesiology undergraduate program in the College of Health Professions & Sciences at the University of Central Florida. He is also a human performance consultant and lecturer to individuals and teams through the UCF Athletics Department. Since 1986, Fisher has held the position of clinical director of MonuMental Performance, a private practice focused on human performance enhancement, motivation and sport psychology that offers rehabilitation and physical training programs for coaches, trainers and instructors. Since 2016, Fisher also has been the editor-in-chief of Muscle Media Magazine, an international, online fitness lifestyle publication with over half a million views monthly.

Fisher has been involved with the martial arts for almost 60 years in over a dozen styles, and holds the rank of senior black belt instructor, examiner, and referee. He is also a Certified Strength & Conditioning Specialist (CSCS) through the NSCA. In his spare time, Fisher is a wine educator and Certified Sommelier along with his wife, Anne. He enjoys all things related to scuba and is a certified Master Scuba Diver, rescue/recovery diver, wreck diver, and a lecturer/consultant on scuba gas mixtures (NITROX/HELOX), and scuba physiology.