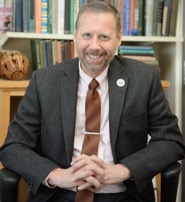 Gregory Lof is the Interim Director for the School of Communication Sciences and Disorders. He will assume his role in August of 2020.

He is Professor Emeritus in the Department of Communication Sciences and Disorders at the MGH Institute of Health Professions in Boston. Lof is a native of a small town in Minnesota, graduating with his B.S. and M.S. degrees in Moorhead, MN, the connected city to Fargo, ND. He received his Ph.D. from the University of Wisconsin-Madison. He has been affiliated with various colleges/universities in Minnesota, South Dakota, Wisconsin, and Massachusetts. For 20 years he was employed at the MGH Institute of Health Professions, starting as an Assistant Professor and advancing to Full Professor. During that time, he served as the Associate Chair for five years and as the Department Chair for 10 years. This was a time of growth for both the Institute and the CSD Department. CSD was a new program when he arrived but was ranked number 7 in the country when he retired. Graduate student enrollment increased from 30 students per year to 65 per year and the research profile greatly advanced.

His research, teaching, and clinical interests deal with children who have speech sound disorders and how to effectively use evidence to guide practice. Lof twice was the topic coordinator for speech sound disorders for ASHA conventions and has served on nine ASHA Convention Program Committees. He served a term as Treasurer for the Council of Academic Programs in Communication Sciences and Disorder (CAPCSD) and two terms on the Communication Committee.  For ASHA, he was a member of the Center for Evidence-Based Practice in Communication Disorders that conducted evidence-based systematic reviews of oral motor exercises, he served one term on the Scientific and Professional Education Board (SPEB), and is currently a member of the Committee on Nominations and Elections (CNE). He was the Massachusetts elected representative for ASHA’s Speech-Language Pathology Advisory Council and served two terms on the Massachusetts Board of Registration for Speech-Language Pathology.  He became an ASHA Fellow in 2012.

Lof has published numerous articles and chapters, primarily on childhood speech sound disorders and evidence-based practice. He has presented over 50 peer-reviewed and 90 invited presentations/workshops at ASHA conventions, universities, school districts, state and international association conventions in 39 states and five countries.  The first edition of the PRAXIS study guidebook was published in 2015 with his co-author, Alex Johnson, with the second edition published in 2020.